The love we have for United is no different from the fans sitting down on Stretford End for 50 seasons in a row. Be it Solskjaer’s winner at Camp Nou, Roy Keane’s trash talks in the tunnel, or Wayne Rooney’s overhead kick against the noisy neighbors, we were equally a part of it as anyone ever was. We cried the same tears when we had to bade Beckham goodbye, and shared the same joy when we welcomed Robin Van Persie. But, sharing the same passion was not enough eventually. We wanted more, we wanted to speak the same language that United had taught us through and through – Football. We had felt what the fans felt, and it was a drug. We wanted more. We wanted to know how it felt to put the red devil on our chest and represent Manchester United on the pitch. And on 5th of May, 2012 – MUFC Nepal was born.

Initially it was just a day of the week we’d join hands and play for the color. Anyone who supported United was welcome. Calm mornings of Kathmandu roared within us every week. We felt we were ready, we felt we were complete. But we’re only humans after all. We always knew we wanted more. The usual chats about the night’s fixture gradually turned to serious conversations seeking for directions to head towards. It was the fire within us that asked for more, wood after wood. We craved for a rebuilding. Trials attended by 10s turned to 20s, then 50s. We were overwhelmed by the by the amount of desire that everyone who walked the same pitch with us had. Passion had turned to reasons. Out “let’s” had answers. Finally, we have become an institution that caters the hunger of young fans who want to improve. Driven by common love for Manchester United Football Club, we have managed to encourage many young fans tie their laces tight and stand up for the beautiful game. 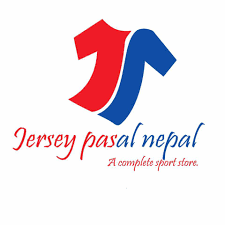